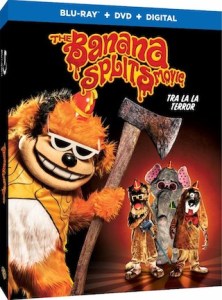 The 2019 horror/comedy “The Banana Splits Movie“ is officially coming to Blu-ray Disc on August 27th via Warner. Yes, those loveable Hanna-Barbera children’s TV show characters are back and they’re edgy this time; like I mean, they’re really edgy. The film (rated R), directed by Danishka Esterhazy, stars Finlay Wojtak-Hissong, Dani Kind, Romeo Carere, Steve Lund, and Sara Canning. This movie is also set to air at some point also on the SyFy TV network, although that remains to be announced. So, it just seems it’s pretty much a direct-to-video premiere for this movie. Hell, I’m surprised it exists!!

The tech specs for the release have not yet been detailed but you can very likely expect 1080p HD video and some form of perhaps lossless 5.1 sound — although that is yet to be confirmed. The Blu-ray release will come in the form of a “combo pack” (certainly NOT for the whole family) with a DVD and digital copy of the film included. You can now find the film on Blu-ray Disc available to pre-order over at Amazon. Bonus materials set to be included on the release are listed below.

Some further details about the release can be found below but first and foremost you’ll find the jaw-dropping trailer for the film. Be warned and most of all enjoy this below, after the break.

END_OF_DOCUMENT_TOKEN_TO_BE_REPLACED 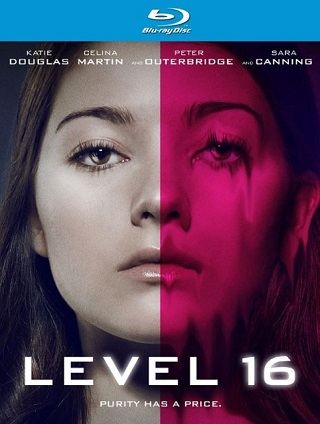 The 2019 Danishka Esterhazy written & directed Sci-Fi film “Level 16“ starring Katie Douglas is coming to Blu-ray Disc on April 30th, via MPI Home Video. The film, set to receive a limited theatrical release in March, co-stars Celina Martin, Peter Outerbridge, and Sara Canning. Tech specs and bonus materials have not been detailed for this release. The Blu-ray is available for pre-order over at Amazon, as well as directly through MPI Home Video.