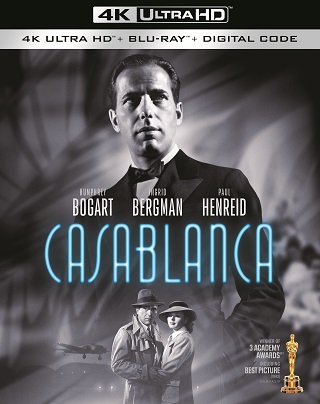 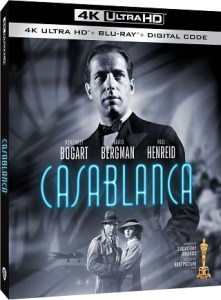 The movie has received a new 2022 4K restoration, from Warner’s Motion Picture Imagine labs, as described below [taken from the press release]:

“The new Casablanca 4K Ultra High-Definition image was restored and remastered from a 2022 4K 16bit film scan of the best-surviving nitrate film elements. The 4K-scanned digital images went through an extensive digital restoration process to clean and repair the picture for an unprecedented and pristine ultra-high-resolution presentation.  The restored images were then graded in High Dynamic Range for today’s premium 4K display experience, providing the highest fidelity in image contrast and detail retention.  This work was meticulously handled by Warner Bros. Motion Picture Imaging.  The original theatrical mono audio has also been newly restored as well, providing a richer and broader frequency response than previously possible.”

UPDATE #1: Tech specs for the release include a 2160p video Black & White video presentation in the 1.37:1 aspect ratio with HDR10 form of high dynamic range and a restored DTS-HD Master Audio 2.0 Mono sound mix.  The release will come in the form of a “combo pack” meaning that it will have its Blu-ray Disc counterpart and include a digital code (copy) of the film.

UPDATE #2:  You can now find the 4K UHD Blu-ray available for preorder over at Amazon.  The bonus materials set to be included with this release of the film are listed below.

END_OF_DOCUMENT_TOKEN_TO_BE_REPLACED

There will officially be a “Universal Classic Monsters: Icons of Horror Collection – Vol. 2” coming to 4K UHD Blu-ray on October 11th via Universal Studios Home Entertainment.  The set will include four horror classics, as listed below.

The tech specs for the films each include Black & White 2160p video presentations in the 1.33:1 aspect ratio with HDR10 form of high dynamic range and DTS-HD Master Audio 2.0 Mono lossless sound mixes.  The release will come in the form of a “combo pack” meaning that you will get the Blu-ray counterparts for each film as well as the digital code (copy) for each.

UPDATE:  You can now find the 4K UHD Blu-ray set available for preorder over at Amazon.

Also, there will be individual 4K UHD Blu-ray releases for the four films from the first volume of this collection coming on October 11th which are all available now for preorder over at Amazon.

These individual releases include the films: 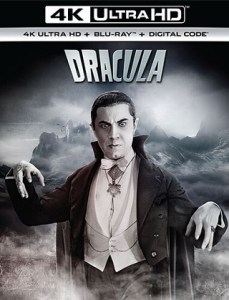 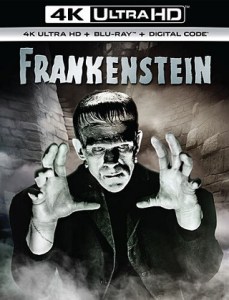 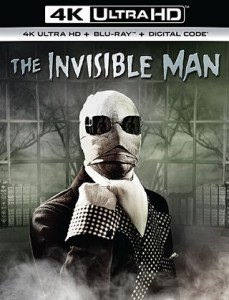 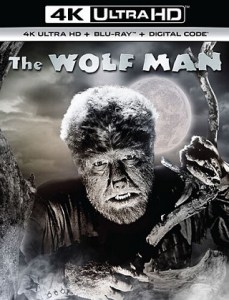 The full details about the upcoming 4K UHD Blu-ray release of the “Universal Classic Monsters: Icons of Horror Collection – Vol. 2” can be found below after the break.

END_OF_DOCUMENT_TOKEN_TO_BE_REPLACED

Lawrence of Arabia gets individual 4K release in June 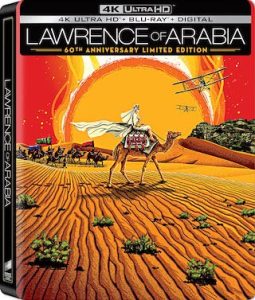 The 1962 film “Lawrence of Arabia“ is finally getting an individual 4K UHD Blu-ray “60th Anniversary Limited Edition” SteelBook release on June 7th via Sony Pictures Home Entertainment.  This film had previously been released on the 4K format as part of a box set and this will mark the first time it has been available outside of that set as an individual release.

This has been “fully restored from the original camera negative.”  The tech specs for the 4K UHD Blu-ray release include a 2160p video presentation in the 2.20:1 aspect ratio with HDR10 and Dolby Vision forms of high dynamic range and Dolby Atmos sound.  It also includes a DTS-HD Master Audio 5.1 surround lossless mix as well.  NOTE: The film is split up across 2 discs for both the 4K UHD Blu-ray and Blu-ray versions. Speaking of which, the release comes in the form of a “combo pack” meaning it includes its Blu-ray Disc counterpart and a digital code (copy) of the film.

You can now find the 4K UHD Blu-ray SteelBook available for preorder over at Amazon.  The bonus materials set to be included with this release are listed below.

Further below, after the break, you can find the official announcement about this film coming to 4K along with another David Lean film (“The Bridge on the River Kwai“) that I will be covering individually in its own news story.

END_OF_DOCUMENT_TOKEN_TO_BE_REPLACED

Universal Classic Monsters are coming to 4K in October

There will officially be a “Universal Classic Monsters: Icons of Horror Collection“ coming to 4K UHD Blu-ray on October 5th via Universal Studios Home Entertainment. This set comes just in time for Halloween. Four of the most iconic of the Universal Classic Monsters will be making their debut to 4K, with two celebrating their film’s 90th anniversaries and one celebrating its 80th anniversary. The films included in this set are as follows:

This set will come in a collectible boxed booklet form (as pictured below) with a page for each film in both the 4K and Blu-ray versions on each side.

Each of the four films will be presented in 2160p 4K resolution in the 1.33:1 (full frame) aspect ratio with HDR10 form of high dynamic range and (presumably Mono) DTS-HD Master Audio lossless sound mixes. This set will come in the form of a “combo pack” meaning that each film will get its Blu-ray Disc counterpart (in 1080p HD) and digital code (copies) of each will be included as well.

The bonus materials here appear to include the identical extras found on the Blu-ray Disc releases of each film, as featured in the previous “Universal Classic Monsters: The Essential Collection” Blu-ray set. Those can get rather lengthy, so I’ll be detailing them below, after the break, and also after the official announcement issued earlier today.