Ford v Ferrari on 4K and Blu-ray in February 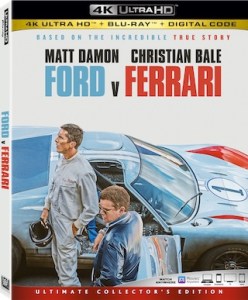 The 2019 film “Ford v Ferrari” starring Matt Damon and Christian Bale is officially coming to 4K UHD Blu-ray and Blu-ray Disc on February 11th via Fox. The film, based on a true story & directed by James Mangold, co-stars Jon Bernthal, Tracy Letts, and Remo Girone. This movie has received quite a bit of critical acclaim during its theatrical run, in fact, at the time of writing this carries a “Certified Fresh” rating over at Rotten Tomatoes. Tech specs for the 4K UHD Blu-ray include 2160p video in the 2.39:1 aspect ratio with HDR10 form of High Dynamic Range and Dolby Atmos sound. The technical specifications for the Blu-ray include 1080p HD video in the 2.39:1 aspect ratio and DTS-HD Master Audio 7.1 sound. The 4K UHD Blu-ray will come in the form of a “combo pack” with the inclusion of its Blu-ray counterpart. Both the 4K and Blu-ray will receive a digital code (copy) of the film. You cannot yet find the film available for preorder over at Amazon, but stay tuned for an update. It is however listed over at retailers Best Buy, Target, and Walmart. Speaking of retailers, there will be retailer exclusives of this. There will be an exclusive SteelBook of the 4K available at Best Buy (pictured below). There will also be an exclusive 4K in Book packaging available at Target (also pictured below). Both of those exclusives are now available for preorder. 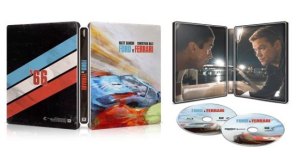 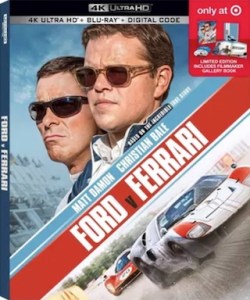