The Mitchells vs the Machines Blu-ray December 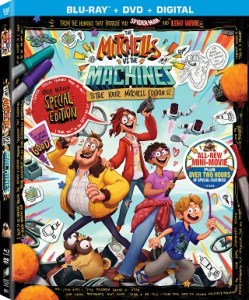 The 2021 animated film “The Mitchells vs the Machines“ is officially coming to Blu-ray Disc on December 14th, via Sony Pictures Home Entertainment. The film, as seen on Netflix, made by the folks at Sony Pictures Animation, was co-directed by Michael Rianda and Jeff Rowe. It features the voice talents of Abbi Jacobson, Danny McBride, Maya Rudolph, Eric André, Olivia Colman, Fred Armisen, Beck Bennett, Chrissy Teigen, John Legend, Charlyne Yi, and Conan O’Brien. Lastly, regarding the film, it also is most certainly worth noting, at the time of writing, that this is “Certified Fresh” over at Rotten Tomatoes.

This version will be known as “The Katie Mitchell Special Edition” — where the character claims the following (on the cover art):

UPDATE: The tech specs include a 1080p HD video presentation in the 1.85:1 aspect ratio with DTS-HD Master Audio 5.1 lossless surround sound. The bonus materials set to be included on the release feature some Blu-ray exclusives and are detailed below.

The Blu-ray release will come in the form of a “combo pack” with its DVD counterpart and a digital code (copy) of the film. You can now find that the Blu-ray Disc is listed for preorder over at Amazon and at retailer Target. More on this soon.

Further below, after the break, you can find the trailer for the film and the full announcement about the home video release.
END_OF_DOCUMENT_TOKEN_TO_BE_REPLACED 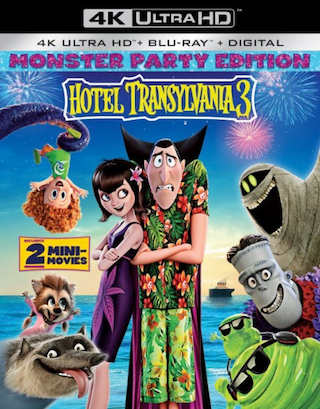