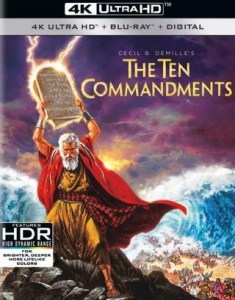 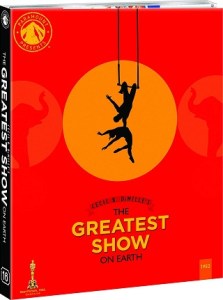 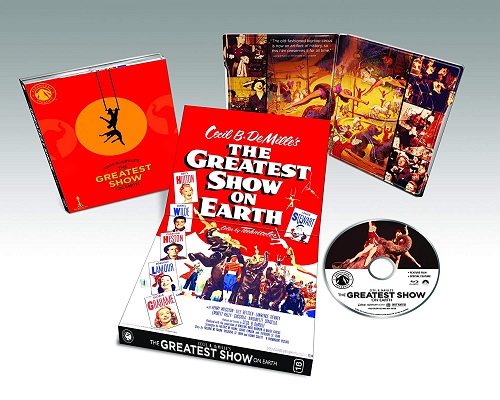 1956 film The Ten Commandments is coming to 4K in March 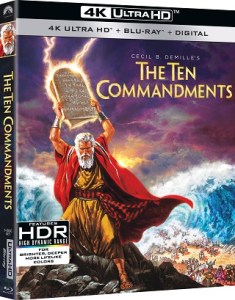 The tech specs for the 4K UHD Blu-ray release include a 6K scan and restoration of the original VistaVision 35mm film presented in the 1.85:1 aspect ratio with HDR10 and Dolby Vision forms of HDR (high dynamic range) and DTS-HD Master Audio 5.1 lossless surround sound. You can find a bit of information regarding this restoration and the 4K tech specs below, taken from the press release.

“As part of the restoration done in 2010, the film was scanned in 6K and those files were the basis for this brand-new Dolby Vision version, which shows off the full beauty of the original VistaVision negative. The VistaVision format used special cameras to feed 35mm film into the camera horizontally in order to capture a wider image spread over two 35mm film frames, giving VistaVision twice the resolution of regular 35mm film.  In addition, Paramount spent well over 150 hours doing new color work and clean-up on the scan.  The move to Dolby Vision created the opportunity to further improve the look of the film:  blacks are enhanced and improvements were made to smooth out special effects mattes to create the most vibrant and pristine image possible.”

The 4K release will come in the form of a “combo pack” meaning that it will include the Blu-ray Disc counterpart and a digital code (copy) of the film. UPDATE: you can now find the 4K UHD Blu-ray listed for preorder over at Amazon as well as at retailer Target. The bonus materials set to be included on the 4K release are detailed below.

Further below, after the break, you can find the full announcement regarding the upcoming 4K UHD Blu-ray release of this classic film.

END_OF_DOCUMENT_TOKEN_TO_BE_REPLACED 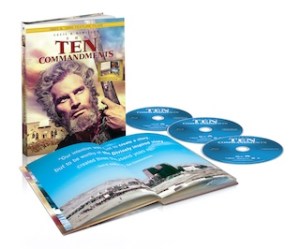 A Special Edition DigiBook set of both the 1923 silent and 1956 films is officially coming to Blu-ray Disc on March 10th via Paramount. Both of these films were directed by the legendary Cecil B. DeMille and are here presented together for the first time in a 3-disc set. The classic 1956 film starred Charlton Heston, Yul Brynner, Anne Baxter, Edward G. Robinson, and Vincent Price. Tech specs have not yet been detailed for the release. So, stay tuned for some updates regarding this release. UPDATE: This Blu-ray set is now available for preorder over at Amazon. Bonus materials, physical and on the disc(s), set to be included are listed below.

Further below, after the break, you can find even more details regarding this upcoming special release of the films on Blu-ray.