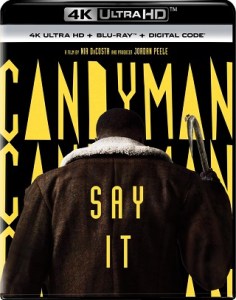 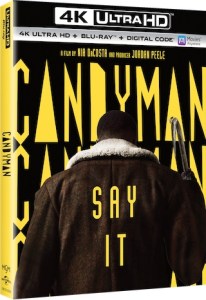 The 2021 sequel “Candyman” is officially coming to 4K UHD Blu-ray and Blu-ray Disc on November 16th, via Universal Studios Home Entertainment. The film, co-written and produced by Jordan Peele & directed by Nia DaCosta, stars Yahya Abdul-Mateen II, Teyonah Parris, Nathan Stewart-Jarrett, Colman Domingo, and Vanessa Williams. It’s most certainly worth noting, at the time of writing, that this film is “Certified Fresh” over at Rotten Tomatoes.

The tech specs for the 4K UHD Blu-ray include a 2160p video presentation in the 2.39:1 aspect ratio with HDR10 form of high dynamic range and Dolby Atmos sound on a BD-66 disc. Tech specs for the Blu-ray include a 1080p HD video presentation in the 2.39:1 aspect and Dolby Atmos sound on a BD-50 disc. Both releases will come in the form of a “combo pack” meaning that the 4K will include its Blu-ray counterpart, the Blu-ray will include its DVD counterpart, and each will come with a digital code (copy) of the film compatible with Movies Anywhere. You can now find the 4K UHD Blu-ray and Blu-ray both available for preorder over at Amazon. The bonus materials set to be included with both releases are listed below.