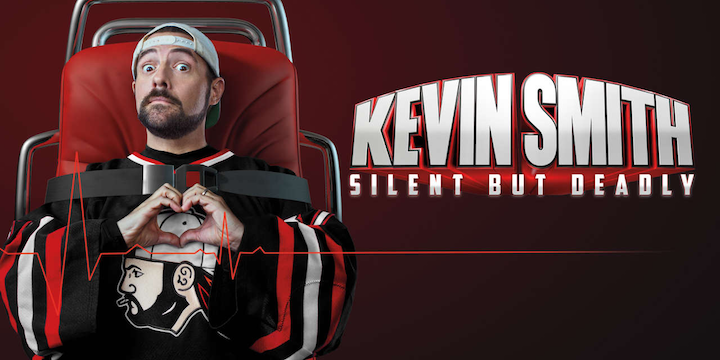 The 2018 stand-up comedy special “Kevin Smith: Silent But Deadly“ is slated to be coming to Blu-ray Disc on November 20th via Screen Media, according to an early alert to retailers. This was the stand-up special that filmmaker Kevin Smith taped right before he suffered a massive heart attack, from which he has made a recovery. Some of you folks may have seen this when it aired on Showtime, where it is still available to stream (for subscribers). The special was produced by Comedy Dynamics, who last week posted a trailer video on YouTube touting (in the description) that it will come to digital platforms (to rent or buy) a week earlier than it will physical media, it seems. You can find that trailer for the special below.

No tech specs have been detailed, nor have any bonus materials for the Blu-ray release. However, the trailer (above) mentions that this will be an “all new Extended Version” with over 25 minutes of new material added in.  This title is now available for PRE-ORDER on Blu-ray over at Amazon.