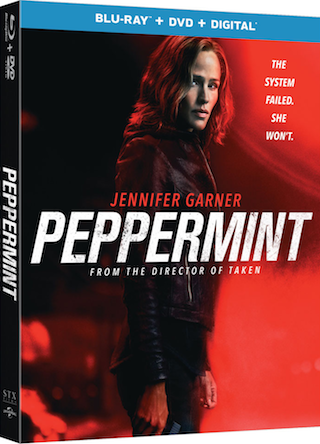 The 2018 Pierre Morel directed film “Peppermint“ starring Jennifer Garner is coming to Blu-ray Disc on December 11th via Universal. The film co-stars John Gallagher Jr., John Ortiz, Juan Pablo Raba, Annie Ilonzeh, Jeff Hephner, Cailey Fleming, and Method Man. Tech specs for the release include 1080p HD video in the 2.39:1 aspect ratio with DTS-HD 7.1 Master Audio sound. The release will come in the form of a “combo pack” with a DVD and Digital Copy of the film included. The title is now available for PRE-ORDER over at Amazon. Bonus materials set to be included on the release are listed below.