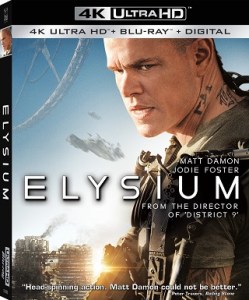 The 2013 film “Elysium” starring Matt Damon is officially coming to 4K UHD Blu-ray on February 6th, 2021, via Sony Pictures Home Entertainment. The film, written & directed by Neill Blomkamp, co-starred Jodie Foster, Sharlto Copley, Alice Braga, Diego Luna, Wagner Moura, and William Fichtner. The tech specs for the release include a 4K video presentation in the 2.40:1 aspect ratio with HDR10 form of high dynamic range and Dolby Atmos sound. The release will come in the form of a “combo pack” meaning that it will come with its Blu-ray Disc counterpart and a digital code (copy) Of the film. You can now find the 4K UHD Blu-ray listed to preorder over at Amazon. The release will contain bonus materials on both the 4K and Blu-ray discs, which are listed below.

Further below, after the break, you can find the full announcement regarding the upcoming 4K physical release of this film.

END_OF_DOCUMENT_TOKEN_TO_BE_REPLACED 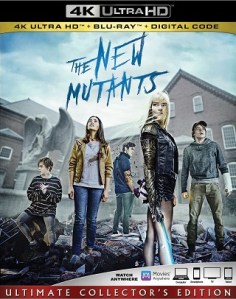