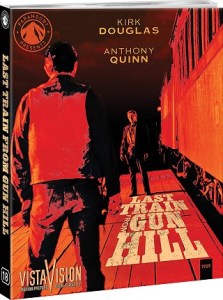 The classic 1959 western “Last Train from Gun Hill” is coming to Blu-ray Disc on June 15th via Paramount Presents. The film, which will be spine number 18 in the series, was directed by John Sturges and was shot in the VistaVision cinematographic process. The movie starred Kirk Douglas, Anthony Quinn, Carolyn Jones, Earl Holliman, and Brad Dexter. The tech specs for the release have yet to be fully detailed but it is known that this has received a new 6K scan and been remastered by the studio (Paramount), as stated below.

“… remastered by Paramount Pictures from a 6K film transfer of the original VistaVision negative.”

Stay tuned for an update regarding the full tech specs, which should include the original 1.85:1 aspect ratio and lossless Mono sound. You can now find the Paramount Presents Blu-ray is listed as available for preorder over at Amazon. The release will come with a digital copy of the film. The bonus materials set to be included on this release, in addition to a physical fold-out poster via the slipcover case, are listed below. 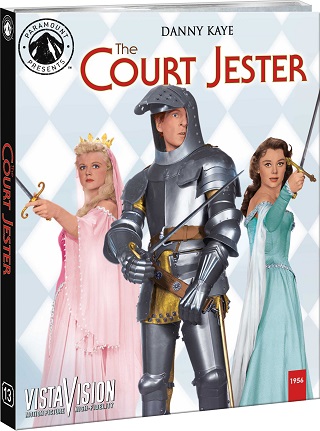